Malaria has infected humans for over 50,000 years, and may have been a human pathogen for the entire history of our species. Indeed, close relatives of the human malaria parasites remain common in chimpanzees, our closest relatives. References to the unique periodic fevers of malaria are found throughout recorded history, beginning in 2700 BC in China.The term malaria originates from Medieval Italian: mala aria  "bad air"; and the disease was formerly called ague or marsh fever due to its association with swamps.

Scientific studies on malaria made their first significant advance in 1880, when a French army doctor working in the military hospital of Constantine Algeria named Charles Louis Alphonse Laveran observed parasites for the first time, inside the red blood cells of people suffering from malaria. He therefore proposed that malaria was caused by this protozoan, the first time protozoa were identified as causing disease. For this and later discoveries, he was awarded the 1907 Nobel Prize for Physiology or Medicine. The protozoan was called Plasmodium by the Italian scientists Ettore Marchiafava and Angelo Celli.A year later, Carlos Finlay, a Cuban doctor treating patients with yellow fever in Havana, first suggested that mosquitoes were transmitting disease to and from humans. However, it was Britain's Sir Ronald Ross working in the Presidency General Hospital in Calcutta who finally proved in 1898 that malaria is transmitted by mosquitoes. He did this by showing that certain mosquito species transmit malaria to birds and isolating malaria parasites from the salivary glands of mosquitoes that had fed on infected birds.For this work Ross received the 1902 Nobel Prize in Medicine. After resigning from the Indian Medical Service, Ross worked at the newly-established Liverpool School of Tropical Medicine and directed malaria-control efforts in Egypt, Panama, Greece and Mauritius. The findings of Finlay and Ross were later confirmed by a medical board headed by Walter Reed in 1900, and its recommendations implemented by William C. Gorgas in the health measures undertaken during construction of the Panama Canal. This public-health work saved the lives of thousands of workers and helped develop the methods used in future public-health campaigns against this disease.

The first effective treatment for malaria was the bark of cinchona tree, which contains quinine. This tree grows on the slopes of the Andes, mainly in Peru. This natural product was used by the inhabitants of Peru to control malaria, and the Jesuits introduced this practice to Europe during the 1640s where it was rapidly accepted. However, it was not until 1820 that the active ingredient quinine was extracted from the bark, isolated and named by the French chemists Pierre Joseph Pelletier and Joseph Bienaimé Caventou.

In the early twentieth century, before antibiotics, patients with syphilis were intentionally infected with malaria to create a fever, following the work of Julius Wagner-Jauregg. By accurately controlling the fever with quinine, the effects of both syphilis and malaria could be minimized. Although some patients died from malaria, this was preferable to the almost-certain death from syphilis.

Although the blood stage and mosquito stages of the malaria life cycle were identified in the 19th and early 20th centuries, it was not until the 1980s that the latent liver form of the parasite was observed.The discovery of this latent form of the parasite finally explained why people could appear to be cured of malaria but still relapse years after the parasite had disappeared from their bloodstreams. 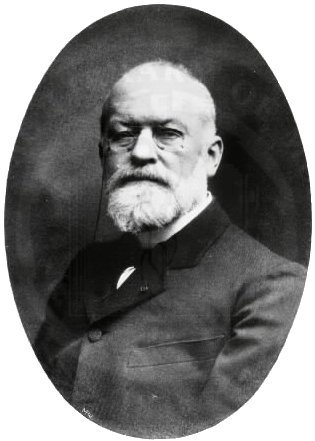 Approximately 300 million people worldwide are affected by malaria and between 1 and 1.5 million people die from it every year. Previously extremely widespread, the malaria is now mainly confined to Africa, Asia and Latin America. The problems of controlling malaria in these countries are aggravated by inadequate health structures and poor socioeconomic conditions. The situation has become even more complex over the last few years with the increase in resistance to the drugs normally used to combat the parasite that causes the disease.

Malaria is caused by protozoan parasites of the genus Plasmodium. Four species of Plasmodium can produce the disease in its various forms:

P. falciparum is the most widespread and dangerous of the four: untreated it can lead to fatal cerebral malaria.


Malaria parasites are transmitted from one person to another by the female anopheline mosquito. The males do not transmit the disease as they feed only on plant juices. There are about 380 species of anopheline mosquito, but only 60 or so are able to transmit the parasite. Like all other mosquitos, the anophelines breed in water, each species having its preferred breeding grounds, feeding patterns and resting place. Their sensitivity to insecticides is also highly variable. 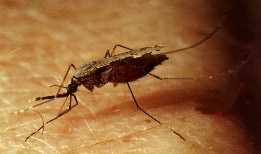